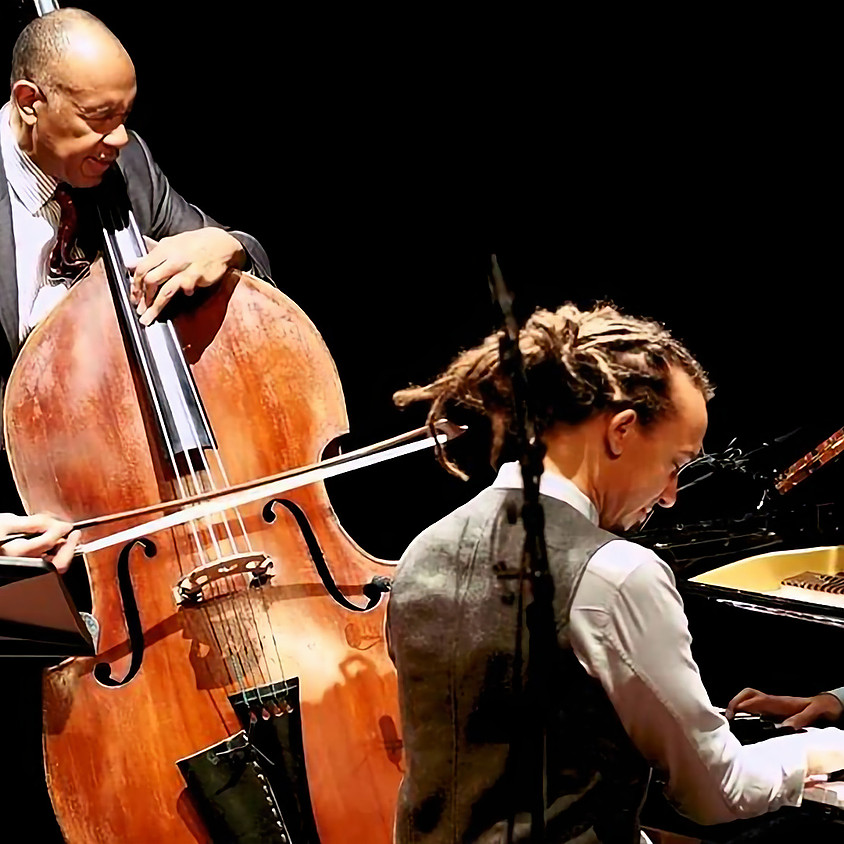 There is a 48hr cancellation policy. If you cancel within 48hrs of the performance (or no-show), your card will be charged the full price of admission in the form of a gift certificate for a future visit to Bacchus Kitchen.

John Clayton is a natural born multitasker. The multiple roles in which he excels — composer, arranger, conductor, producer, educator, and yes, extraordinary bassist — garner him a number of challenging assignments and commissions. With a Grammy on his shelf and eight additional nominations, artists such as Diana Krall, Paul McCartney, Regina Carter, Dee Dee Bridgewater, Gladys Knight, Queen Latifah, and Charles Aznavour vie for a spot on his crowded calendar.

Gerald Clayton searches for honest expression in every note he plays. The four-time GRAMMY-nominated pianist/composer formally began his musical journey at the prestigious Los Angeles County High School for the Arts. Being the son of beloved bass player and composer John Clayton, he enjoyed a familial apprenticeship from an early age and has performed and recorded with such distinctive artists as Diana Krall, Roy Hargrove, Dianne Reeves, and John Scofield, as well as touring and recording with sax legend Charles Lloyd.