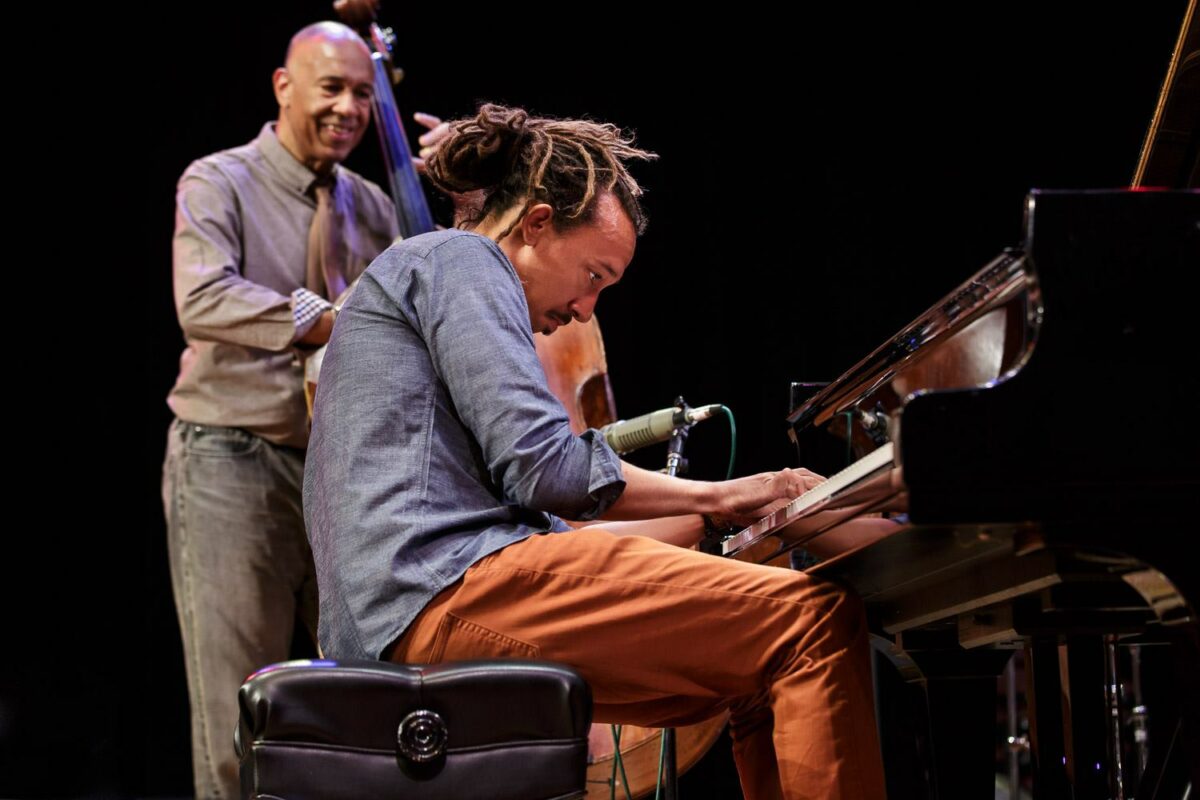 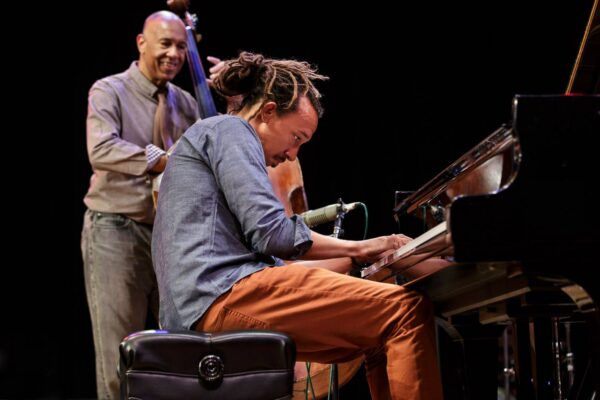 EVENT NOTES:
The ensemble includes Gerald Clayton (piano) and John Clayton (bass).
This is a pre-recorded event filmed for Earshot Jazz in October 2020.
Livestream broadcast at 7PM PST. Not available on demand.

Gerald Clayton is among the most inspiring and captivating forces on the jazz scene today. He tirelessly reinvents avenues for creative exchanges with other artists, transforming his music into a celebration of the inherent differences in musical perspectives that promote true artistic synergy.

Clayton earned a BA in Piano Performance at USC’s Thornton School of Music under the instruction of piano icon Billy Childs, following a year of intensive study with Kenny Barron at The Manhattan School of Music. His burgeoning discography has earned him four Grammy nominations.

The son of treasured bassist and composer John Clayton, he enjoyed a familial apprenticeship from an early age. Clayton honors the legacy of his father and all his musical ancestors through a commitment to artistic exploration and reinvention. Tonight’s concert offers an outstanding opportunity to enjoy this intergenerational musical juncture.

Bassist John Clayton is an award-winning composer, arranger, conductor, producer and educator. With a Grammy and eight nominations to his name, he has performed with iconic artists Diana Krall, Paul McCartney, Regina Carter, and Dee Dee Bridgewater. He was commissioned by leading ensembles in the US and Europe, including the Northwest Chamber Orchestra, the American Jazz Philharmonic, The Carnegie Hall Big Band, and the Amsterdam Philharmonic.

John serves as the musical director of several renowned jazz festivals, including the Jazz Port Townsend Festival, attracting prominent artists from across the globe at one of the nation’s premier jazz events. He co-founded the Grammy-nominated Clayton-Hamilton Jazz Orchestra and the Clayton Brothers Quintet, nominated for two Grammy awards. The quintet (John Clayton, Jeff Clayton, Terell Stafford, Gerald Clayton and Obed Calvaire) cooks up sweet original compositions and reinvents standards, expressing their love of this true American art form.

These are challenging times for artists, please give them your support: http://geraldclayton.com/