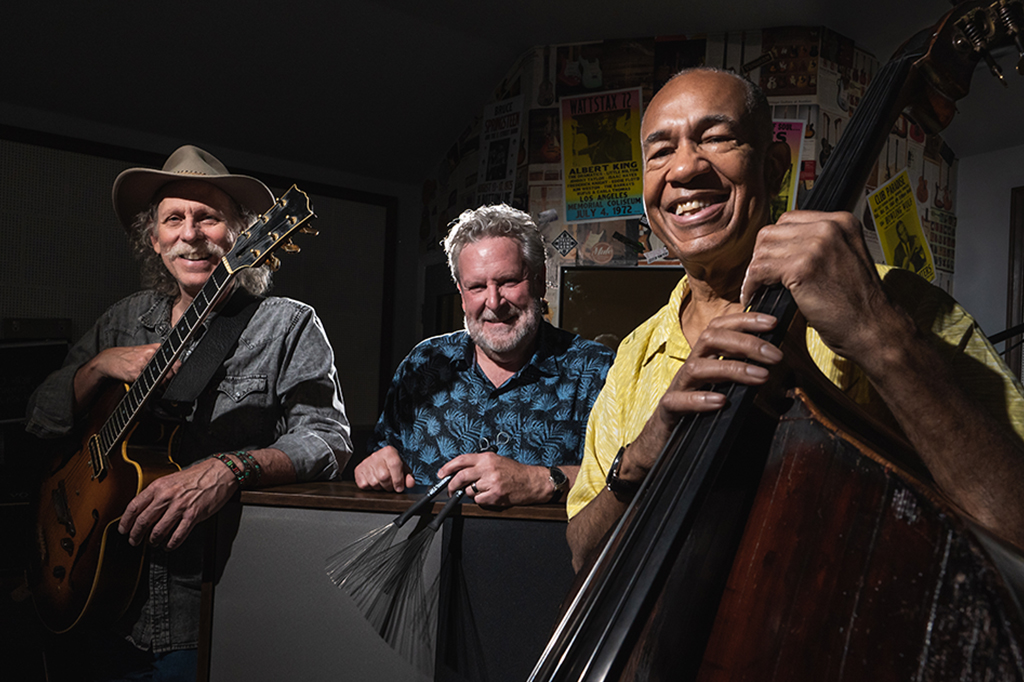 Can a musical instrument possess someone’s soul? Probably not. But it can tell stories, bind generations, and bring people together. So, then…maybe it can?

I recently became caretaker of Barney Kessel’s guitar. Besides being a music icon, he was also my mentor and friend. Since his death I’ve played the guitar when visiting his window and did so until she was compelled to put it up for auction. Due to a recent occurrence (more like paranormal intervention) I’ve gotten it back.

My dream for a long time has been to reunite instruments played by Barney, Ray Brown, and Shelly Manne (known as The Poll Winners) being played by their respective proteges. While many people might not know of them…they have definitely heard them! They were studio stalwarts who played music on movies, TV, and popular hits throughout the 50s, 60s, and 70s (Beach Boys, Elvis, Pink Panther, to name a very few).

I have been able to bring their instruments together again! And I’m doubly gratified that all of us who are involved (John Clayton, Jeff Hamilton, myself), have played together in myriad situations (including with the original owners). This is like kids getting together and playing their parents instruments! It is also a story of tying the past and present together with a willful and loving eye to the future. The overwhelming support received from the Kickstarter campaign further cements my resolve that this is a story that resonates deeply, and far beyond the beautiful sounds still left in these vintage instruments.