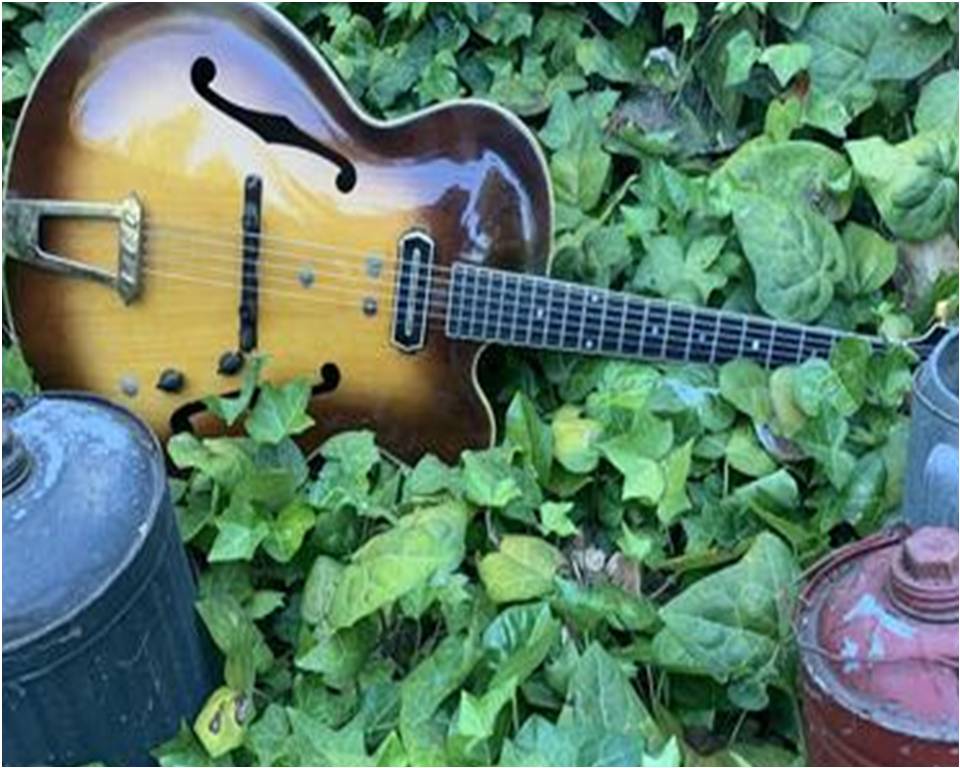 Barney Kessel meant a lot to me. Besides being inspired by his recordings, I had the opportunity to hear him live and even shared the bandstand with him when I was in my early twenties. Then I got to tour with him! We played many times over the years and a long friendship developed. The Poll Winners recordings, which in many ways established the guitar trio as a viable jazz ensemble, are iconic, both in the content and in the spontaneity that is emblematic of jazz. His cohorts Ray Brown and Shelly Manne were also at the height of their creative powers at that time (they all did win the prestigious DownBeat Poll those years). It has been a dream of mine, since playing Barney’s guitar at his house, to get those instruments back together, with people who were mentored by their original owners in the hot seat: John Clayton, Jeff Hamilton, and myself…like kids playing their parents’ instruments.

Now, through great fortune and some telepathic intervention, I have been able to take over as caretaker of Barney’s guitar, the one he played on almost every gig and jazz recording, throughout his whole career. Ray’s bass and Shelly’s drums are also in hand, now we are ready. This is not a tribute in the classic sense, we won’t be playing their arrangements or solos, but we will be embracing the spirit of those seminal recordings and making things up on the spot, as they did over sixty years ago. They taught us these skills! John, Jeff, and I have played together before in myriad situations, and we have all played with every one of these musical heroes. This is a dream come true…and I wholeheartedly invite your participation on this journey, filled with love, joy, respect, and admiration.