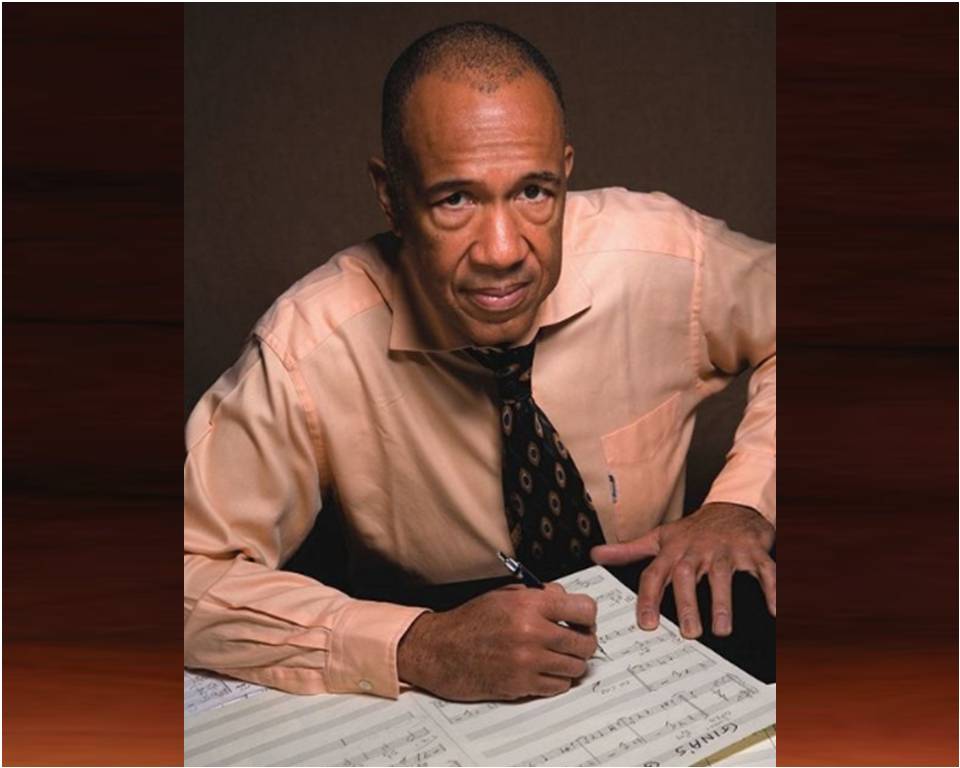 Thank you, Friends. I mean that. I’ve been hearing about the groundswell of supportive comments, acknowledging my work and uplifting me. It’s time that I chime in and share with you some background re how the SSB arrangement came to be.

THE FIRST PART
A couple of months before the 1991 Super Bowl, Rickey Minor, my friend, fellow bassist and music director for Whitney Houston at the time, called me and said, “Hey, we’re going to do the national anthem at the Super Bowl. They’re giving us a symphony orchestra and we want you to do the arrangement.” It sounded exciting and fun, and I’d never done anything as widely viewed before. “Just 2 things—can you do it in 4/4 time instead of 3/4? Also, if you can set up some kind of groove in the orchestra percussion section.” I could do that.
The orchestra was in Tampa and there wasn’t enough in the budget to fly me from Los Angeles to witness and help at the rehearsal (Really? NFL? Not enough budget? Oh well). Rickey would go and be there for the rehearsal of my chart..
I waited all day to hear something. I had to go out that afternoon and when I came back, there was a message on my machine: “Uhm…Mr. Clayton, this is the Florida Symphony and we rehearsed your arrangement today. We have some, er…uhh…concerns. We’re actually considering using a more traditional arrangement of the piece. Could you please call us back?”
With eyes wide, I basically screamed “Noooooooooo!!!!!!”
I called Rickey.
“It’s cool. It sounds fine. They’re going to record it, I’ll work on them. Don’t worry.”
So, they did record it and all of the planets aligned and Whitney was amazing and, and, and…I grew up. Or, I was GROWN up by the experience. 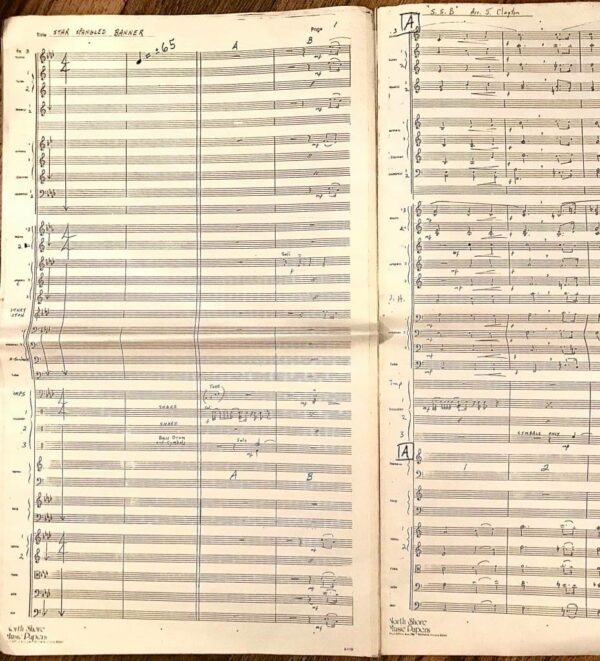 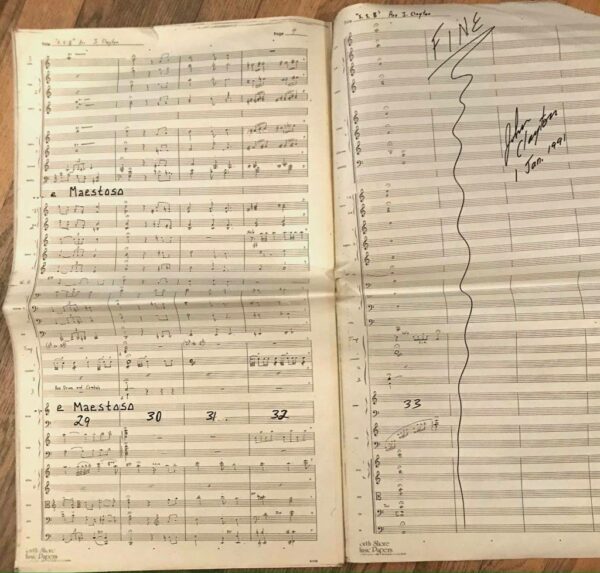 THE SECOND PART
When I called the record label, after hearing our version would be released as a single, I wanted to discuss my royalty. Since it was a song in the public domain, I had copyrighted my arrangement. The person I spoke to at the label said he was “planning” to give me a call (yeah. sure) because they wanted me to sign away my royalty. The label would be donating royalties to the Gulf War effort. I thanked him and let him know that I would prefer to choose how I would donate my money and could you just please send me a normal royalties contract? His reply, “We’re not going to do that. And what can you do? Sue me? So, sue me.”
I reiterate, this experience GREW me up. I contacted an entertainment lawyer who was recommended by a friend and film writer. In the end (and I’m really shortening the story here), I decided to give them my royalty (insert your loud, unison “WHAT???!!!”). To further explain, I was a young man in my 30’s with 2 small kids, just found a house we could afford, and was I putting food on the table, gig by gig. Going up against a major label?—They would have kept me in court forever, swatted me around like an insect and sucked every drop of blood from me. Goodbye house, car, perhaps sanity.
In the end, I was/am fine. I missed out on some nice money. So what? I found other opportunities for money. I found more and more chances to write, play and record. I’m over it. My family is amazing. My kids are grown, happy and making a difference in the world. I let it go. No animosity, a huge life lesson learned, an enormous business lesson learned as well, and I’m good.
That includes whatever Rickey Minor did or didn’t say in the TV interview/program. I actually haven’t seen the pre-game program that didn’t give me any props. Sure; if I would have heard them, I would enjoy the nod. Ha!—My ego likes the strokes! Positive energy is good and I’ll take it.
So, thank you for sticking up for me. I appreciate it more than you can know! With what I’ve been through lately, here’s another example of you having my back. I'm flattered and grateful.
Was it Toni Morrison—Maya Angelou?—someone succinctly said what I feel (and I’m paraphrasing)
“The people who need awards, they should have them.”
When I heard that, it humbled me up real quick.
You’re awesome. Thanks for the blessing of your friendship.