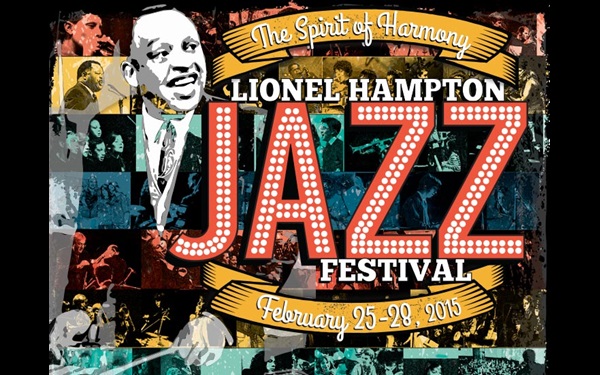 The first University of Idaho Jazz Festival took place in 1967, with a dozen student groups and one guest artist. The Festival continued to grow from there – erupting onto the national stage in 1981, when students and spectators packed in to hear Ella Fitzgerald.

In 1984, the Festival’s most important relationship took shape when Lionel Hampton joined the excitement in Moscow. Inspired by the enthusiasm of the students, Hamp pledged his support to the Festival and in 1985, the Festival took on his name.

In 2006, John Clayton, renowned bassist, arranger, composer, jazz educator and long time Festival friend, joined the Festival as Artistic Director. In 2007, the Lionel Hampton Jazz Festival was awarded a National Medal of Arts – the nation’s most prestigious arts award. This recognition affirmed the vision shared by Lionel Hampton and the University of Idaho about the power of jazz and education to bridge cultures, inspire creativity, and develop the musical leadership abilities of the next generation of jazz leaders.

As the Festival enters its fifth decade, it will continue to further Hamp’s vision and legacy for perpetuating jazz music education for generations to come. With John Clayton’s great ability to educate and his love for Hamp, the Festival is in good hands and is moving forward at an incredible rate.