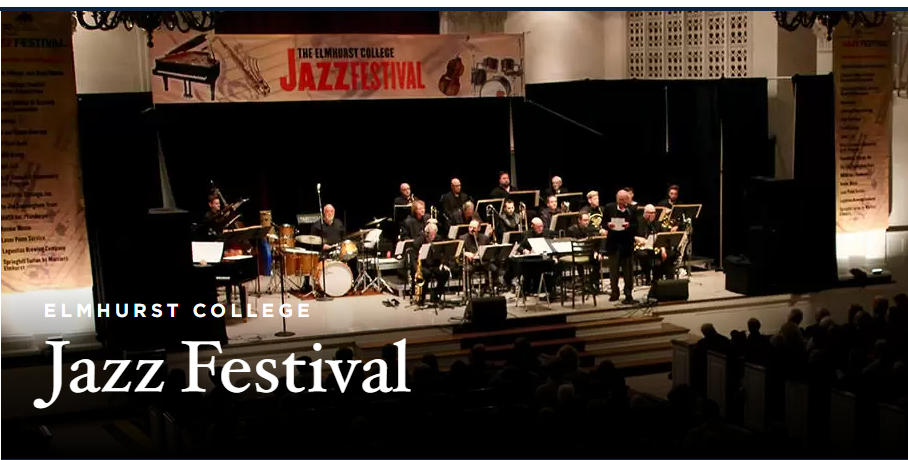 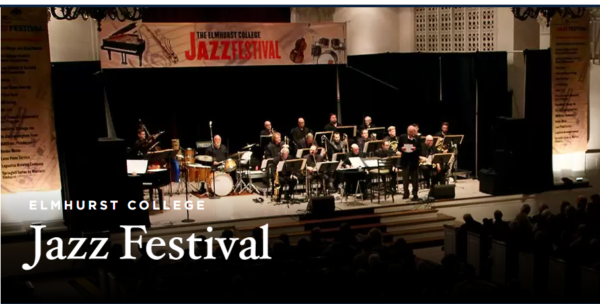 Chicago magazine once hailed the Elmhurst College Jazz Festival as “one of the best buys for your jazz dollars,” and it’s easy to see why.

Each February, the best college jazz bands in the country converge on the Elmhurst campus for three days of performances and education. The bands take turns performing for some of the greatest names in professional jazz today, who offer critiques and award a variety of honors. The professionals cap off each night of the Festival with a rousing performance of their own.

For the college bands, the Festival offers a great opportunity to learn from some of today’s greatest jazz musicians. For the audience, it’s a chance to hear both college bands and jazz greats.

The original festival took place at eight regional sites throughout the United States, one of which was Elmhurst College. Each regional festival produced a winning band, combo and vocalist, who then performed at a national festival on Memorial Day weekend.

The national festival disbanded in 1973, but the Elmhurst College Jazz Festival continued and grew, both in size and in stature. By 1992, the Festival had hosted so many jazz greats that its Silver Anniversary Reunion of guest artists and judges included Louie Bellson, Pete Christlieb, Conte Candoli, Terry Gibbs, Frank Mantooth, Bobby Shew, Clark Terry, Denis DiBlasio, Lee Konitz and Jiggs Whigham. The celebration made such a splash that it was featured on CBS-TV’s Sunday Morning News.