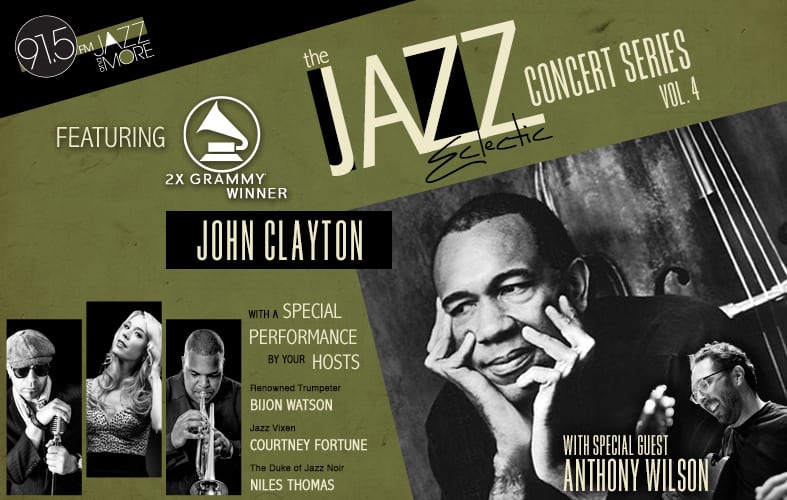 To this end, we present an eclectic blend of acclaimed artists including GRAMMY Winning and GRAMMY Nominees whose music and artistry embody The Art and Lifestyle of Jazz™.

Bijon Watson is lead trumpet for the critically-acclaimed Clayton-Hamilton Jazz Orchestra, Grammy Nominee John Beasley’s Monkestra, and has been featured and recorded with many greats such as Michael Bublé, Diana Krall, the late Natalie Cole, Alicia Keys, Harry Connick Jr., Justin Timberlake… and the list goes on.

Niles Thomas known as The Duke of Jazz Noir is an acclaimed singer/songwriter/composer previously signed under the EMI Music & Warner Bros Music umbrellas. As a music producer, Niles has been credited on many records, co-producing and writing for major artists in the mainstream market.