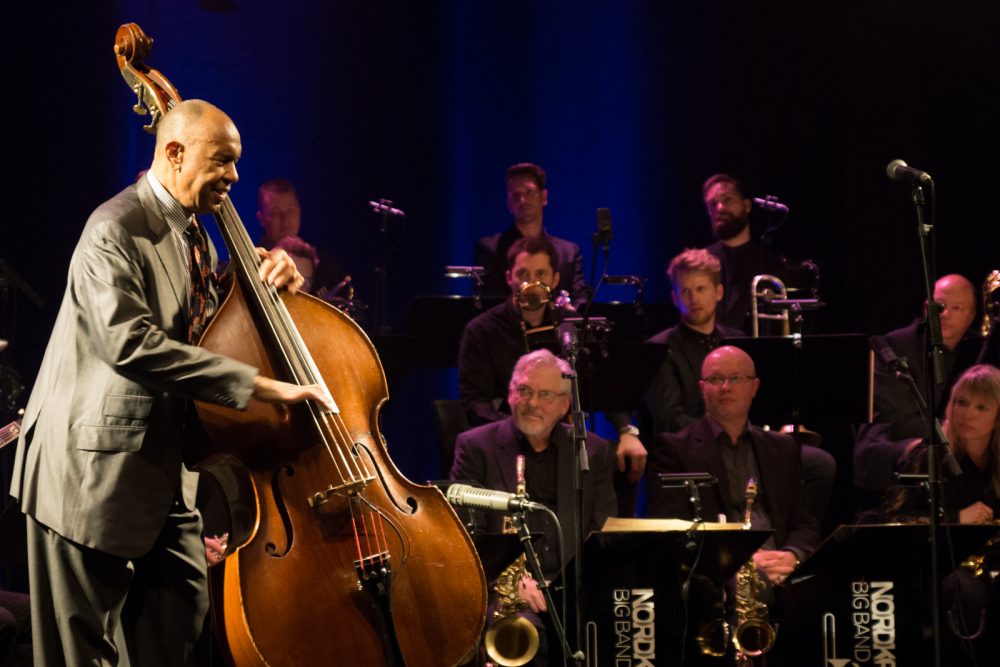 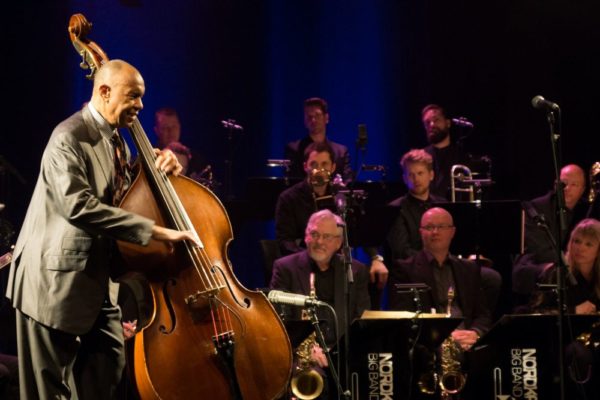 The Nordkraft Big Band goes out in the country for the last time with legendary American big band leader and jazz bassist John Clayton. Our 2.5-year collaboration ends at the end of this year.

Among other things. Aalborg, Hobro, Randers, Hjørring and Holstebro have in recent years already experienced the high musical level and great intensity when John Clayton stands in front of the Nordkraft Big Band! We promise once again a blast of a concert, with one of the greatest living jazz musicians on the international jazz scene.
The repertoire will mainly consist of Clayton’s own big band events, drawing on his time in Count Basie’s big band, as well as with clear inspiration for the legendary colors and soundscapes of Duke Ellington and Thad Jones. It is all spiced up with interesting features on the double bass from the master himself.