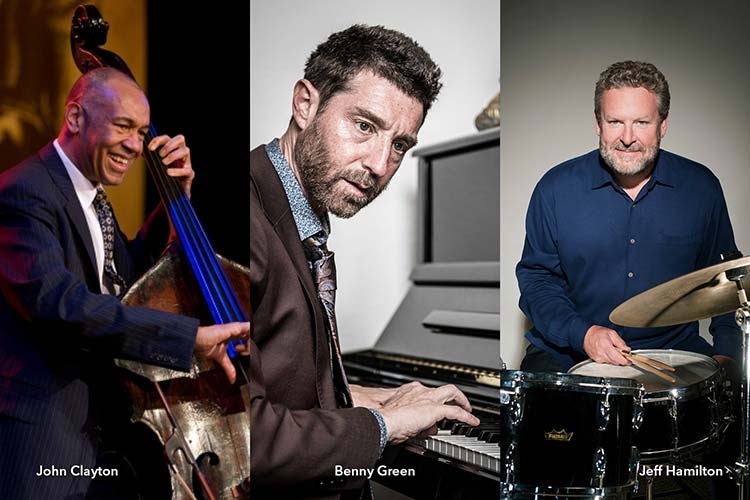 THE GREATEST JAZZ CONCERT IN THE WORLD

Trumpet virtuoso and Columbus Jazz Orchestra Artistic Director, Byron Stripling, kicks off the 2019-2020 Swingin’ with the CJO concert series with The Greatest Jazz Concert in the World.

In 1967, pioneering record producer and jazz impresario Norman Granz produced and recorded a series of concerts at Carnegie Hall in New York City and the Hollywood Bowl in Los Angeles as part of his “Jazz at the Philharmonic” concert series. The resulting live recording was released in 1975 as “The Greatest Jazz Concert in the World,” an expansive collection of tracks featuring some of the world’s greatest jazz artists performing at the peak of their powers. Included among the luminaries were Duke Ellington and his Orchestra, Benny Carter, Ella Fitzgerald, Coleman Hawkins, Johnny Hodges, Oscar Peterson, Clark Terry, and Zoot Sims.

Three leading figures in modern jazz – John Clayton, Benny Green and Jeff Hamilton – join with the outstanding musicians of the Columbus Jazz Orchestra led by Byron Stripling for the CJO’s own version of The Greatest Jazz Concert in the World. “Expect red hot solos, blistering ensemble playing and through-the-roof energy as we set the tone for our 47th celebratory season,” says Stripling. “This concert, and indeed the whole season, will be a true celebration of all things jazz – what was, what is, and what’s to come.”